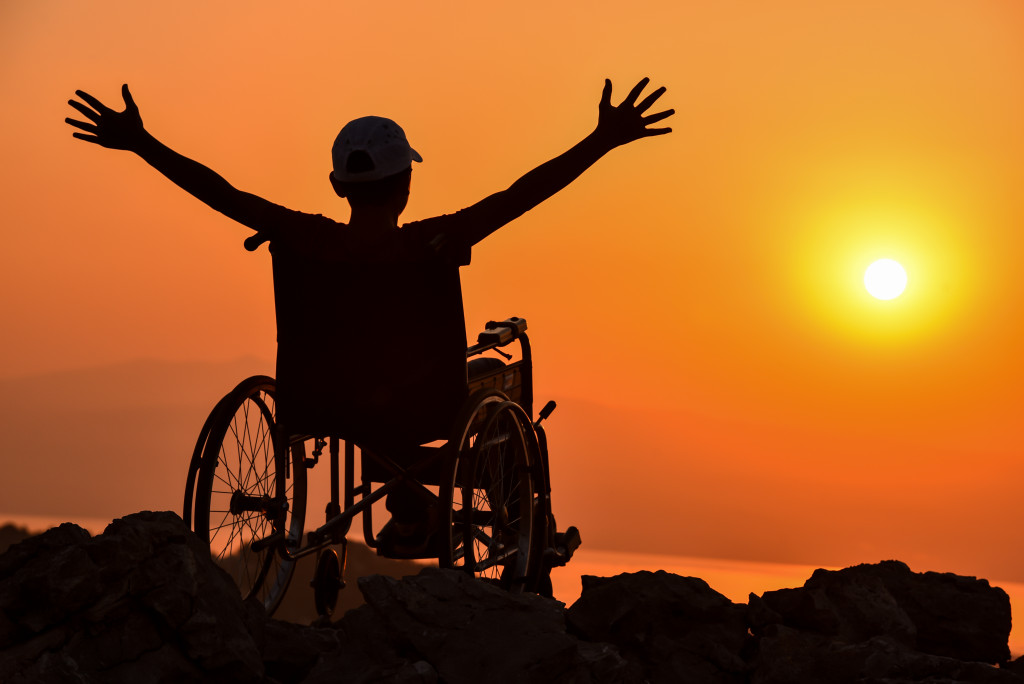 5 Ways Medical Technology is Helping Those with Disabilities

Incredible progress has been made in the development of exoskeletons, powered machines that provide extra strength and mobility to those with impaired movement. One of the latest breakthroughs in this area is a brain-controlled exoskeleton developed by researchers at The University of California, Irvine. The user’s thoughts control this exoskeleton, allowing them to perform everyday tasks like reaching, picking up objects, and even brushing their teeth.

There are various benefits to this tech. The first benefit is that it’s much more naturalistic than other forms of exoskeleton control, which often require invasive brain surgery. Secondly, it can give disabled people natural access to their limbs. However, it also has various problems. The main concern right now is that it’s costly, so it’s not accessible to everyone. It’s also still in its early prototype, so it’s pretty rare to find right now.

For people with lower body disabilities, getting around can be a challenge. Traditional manual wheelchair users must expend a lot of energy to get around, which can be exhausting, especially over long distances. This is where automatic walkers come in. A 4-wheeled rolling walker provides support and stability for users as they walk. They use sensors and motors to adjust automatically to the user’s walking speed and can even stop if the user stumbles.

Some automatic walkers also have built-in seats, so users can rest when needed. This is a game-changer for those with lower-body disabilities, giving them more independence and freedom to move around.

Virtual reality therapy (VRT) is a new treatment option for those with post-traumatic stress disorder (PTSD), anxiety, and phobias. VRT involves using virtual reality simulations to expose patients to their triggers in a controlled environment. This allows them to work through their fear or anxiety in a safe space and can eventually help them to overcome their disorder.

VRT has many advantages over traditional therapy methods. For one, it’s much more immersive and can therefore be more effective. It’s also less expensive and easier to access than other forms of therapy, like exposure therapy. VRT is still in its early stages but shows much promise as a treatment option for those with mental health disabilities.

Cochlear implants are a surgical device that helps those who are deaf or severely hard of hearing to interpret sounds. The implant is placed directly into the cochlea, bypassing damaged hair cells and sending signals straight to the auditory nerve. From there, it’s up to the brain to decipher these electrical impulses as sound. While cochlear implants don’t restore normal hearing, they can allow people with hearing impairments to communicate better and improve their quality of life.

Cochlear implants have the primary benefit of giving those who would be unable to hear otherwise a sense of sound. They also help people with hearing impairments communicate better and improve their quality of life. Cochlear implants are still relatively rare and are not perfect, however. As a result, some people don’t get as much benefit from them as others, which can be expensive.

Bionic eyes are implantable devices that can help people with certain types of vision loss to see again. Currently, two types of bionic eyes are available: Argus II and Alpha IMS. Argus II consists of a small camera mounted on a pair of glasses that captures images which are then converted into electrical impulses sent to an array of 60 electrodes implanted onto the retina. These impulses stimulate the retina and allow the user to see patterns of light which they can learn to interpret as shapes and objects. Alpha IMS, on the other hand, consists of a chip implanted directly onto the retina. It stimulates remaining healthy cells and sends visual information along the optic nerve to the brain. Both devices require intensive training for users to learn how to interpret the visual information they’re receiving. Still, both are highly effective in restoring some degree of vision for those with vision impairments.

Medical technology has come a long way in recent years, especially when it comes to helping those with disabilities. From brain-controlled exoskeletons to bionic eyes, there are now many high-tech tools available to help improve the quality of life for those with disabilities. And as medical technology continues to evolve, people can only expect even more breakthroughs in this area that will change lives for the better.